Well, that's easy. Let us tell you exactly why.
You can even give it a try for yourself!
Free trial

Risk free - no credit card required.
SOS Inventory is powerful software
Integrate with QuickBooks Online to eliminate duplicate data entry
SOS Inventory's most compelling feature is its tight integration with QuickBooks Online. Quickbooks Online is not an afterthought for us. Our software is built specifically for QuickBooks Online from the ground up. We’ve built our software to save you time and money by reducing duplicate data entry. Saving your staff that time goes right to your bottom line.
Use sales orders to streamline your order management
QuickBooks Online does not include sales orders. Use SOS Inventory instead for all your order management needs. You can create sales orders and then create full or partial shipments as needed. In addition, you can create full or partial invoices from the sales orders. The invoices synchronize with QuickBooks Online.
Support multiple locations
SOS Inventory has full support for multiple locations. See instantly how much inventory is in each of your facilities. Purchase and receive materials at each location. Ship orders from one or more locations. Transfer items between locations. You’ll enjoy a key benefit of a high-priced inventory system at a reasonable cost.
Track items by serial number and track cost history for each specific item
SOS Inventory allows you to track specific items, including serial numbers for each. You can also track the history of each individual item, which allows you to see your specific profit-and-loss for any specific item. This allows you to manage your business more effectively.
Build assemblies and track multiple stages of work-in-progress (WIP)
SOS Inventory gives QuickBooks Online users the ability to track assemblies and kits (item groups). You can build assemblies from component items and your finished inventory will be updated along with raw inventory. In addition, you can have multiple stages of work-in-progress (WIP), so that you know exactly where your materials are at all times. You can also provide better customer service by more effectively estimating lead times.
Pick, pack, and ship
Using SOS Inventory, you can integrate your picking, packing, and shipping processes with QuickBooks Online. Create pick tickets / packing slips directly from sales orders, from QuickBooks Online invoices and sales receipts, or from scratch. SOS inventory also supports partial shipments.
An intuitive system that’s easy to use.
SOS Inventory was built from the ground up to have a tight integration with QuickBooks Online. Get sales orders, assemblies, serial inventory, multiple locations and much more, all at a fraction of the cost of traditional manufacturing systems.
We provide fanatical support.
SOS Inventory provides support at every level with both remote and on-site options available. 24/7 email support. Phone support during business hours. Oh, and when you call, a human answers. Every. Single. Time.
Built for QuickBooks Online.

SOS Inventory was designed to work with QuickBooks Online from the ground up.

Most apps integrate with QuickBooks as an afterthought, as in “Hey we built an app. Now let’s try to make it work with something.” That’s not how we do things. We are long-time end users of QuickBooks Online — since 2006 in fact.

We built SOS Inventory because we needed a way to solve business problems while using QuickBooks Online — probably a lot like you. That’s what sets SOS Inventory apart, and why we’ve grown rapidly over the past 14 years to become the leading inventory, order management, and manufacturing add-on built for QuickBooks.

It’s what we focus on, all day every day.

How does this improve your experience?
Here’s one example…

On an otherwise nondescript Monday morning in March 2016, SOS Inventory’s automated system monitor detected an error trying to synchronize with QuickBooks Online. Within minutes, an experienced developer from SOS was looking at the problem. He quickly determined that about 10% of sync requests to QuickBooks Online were succeeding, and about 90% were failing with a weird response. He ran some tests and determined conclusively that there was a QuickBooks Online server error, as opposed to an SOS server error.

The next step was to open a trouble ticket with QuickBooks support, which Intuit normally resolves within 48 hours. For most app developers, that’s where it stops. For SOS, the real work was just beginning. What were SOS customers to do for possibly up to 48 hours while waiting for QuickBooks to fix the problem?

Several years ago, SOS had run into a similar issue, on an older version of the QuickBooks sync system. At the time, QuickBooks provided a workaround that helped resolve the issue temporarily. So the SOS developer looked up that case history and applied the old workaround to this new problem. Sure enough, it worked! He then initiated the procedure for an emergency code deployment to the SOS servers, and within minutes, SOS customers were back syncing with QuickBooks. Once Intuit fixed the server problem, SOS returned its sync system to normal.

That’s just one reason why businesses trust SOS, and an example of why our sync with QuickBooks Online is so much more reliable than others.

SOS Inventory specializes in small to medium-sized businesses. Most SOS customers have between 1 and 50 employees although the largest has more than 3000 employees! Current businesses using SOS Inventory include aircraft manufacturers, food processors, craft beer distributors, furniture resellers, electronics manufacturers, medical device makers, and many, many more.

SOS is flexible enough to have users in hundreds of different industries. SOS Inventory can also be used as a standalone system for users that do not wish to integrate with QuickBooks Online.

No matter what industry you're in, SOS can help. 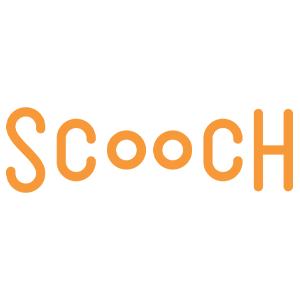 What our customers say

SOS Inventory has been a real time saver & has allowed us to implement a robust process for inventory close each month, as well as timely information for our management. 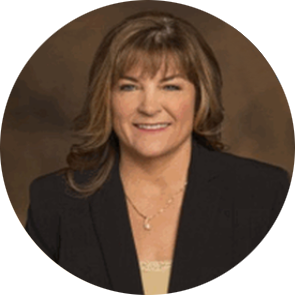 An inventory solution that can really expand all the capabilities with QuickBooks Online to ensure an overall successful business solution!

The reliability and accessibility of SOS Inventory software and integration with our Quickbooks Online accounting system help us in our efforts to bridge the gap in energy and clean water access for communities in Indonesia’s rural and remote areas.

SOS Inventory is an affordable option with an extensive feature set

Compare features for the different plans and pick which one is right for you.

We use cookies on our website to give you the most relevant experience by remembering your preferences and repeat visits. By clicking “Accept”, you consent to the use of ALL the cookies. However you may visit Cookie Settings to provide a controlled consent.
Cookie settingsACCEPT
Manage consent

This website uses cookies to improve your experience while you navigate through the website. Out of these cookies, the cookies that are categorized as necessary are stored on your browser as they are essential for the working of basic functionalities of the website. We also use third-party cookies that help us analyze and understand how you use this website. These cookies will be stored in your browser only with your consent. You also have the option to opt-out of these cookies. But opting out of some of these cookies may have an effect on your browsing experience.
Necessary Always Enabled
Necessary cookies are absolutely essential for the website to function properly. These cookies ensure basic functionalities and security features of the website, anonymously.
Functional
Functional cookies help to perform certain functionalities like sharing the content of the website on social media platforms, collect feedbacks, and other third-party features.
Performance
Performance cookies are used to understand and analyze the key performance indexes of the website which helps in delivering a better user experience for the visitors.
Analytics
Analytical cookies are used to understand how visitors interact with the website. These cookies help provide information on metrics the number of visitors, bounce rate, traffic source, etc.
Advertisement
Advertisement cookies are used to provide visitors with relevant ads and marketing campaigns. These cookies track visitors across websites and collect information to provide customized ads.
Others
Other uncategorized cookies are those that are being analyzed and have not been classified into a category as yet.
Save & Accept